Earn 1.5% Cash Back on Every Purchases

The Union Plus Cash Rewards Card is an uncomplicated-yet-rewarding cash back card from the AFL-CIO and Capital One. Every purchase with the card earns 1.5% cash back, with no limit of the total number of rewards a cardholder can earn. The card also benefits from 0% intro APR for 12 months on purchases and balance transfers, enhanced union member rebates and discounts, and access to hardship grants – all for no annual fee.

The Union Plus Cash Rewards Card is a flat-rate cash back card that also benefits from no annual fee.

Earn 1.5% Cash Back on Every Purchase

Cash back credit cards usually come in two forms: a fixed-rate back on every purchase or a flat-rate on most purchases, with select categories earning cash back at an accelerated rate. Examples of the latter include the Chase Freedom and the Discover it Cash Back – both of which earn 5% back in rotating categories and 1% back on everything else.

Union Privilege and Capital One have taken the former route with heir Union Plus Cas Rewards Card. The card earns a fixed-rate 1.5% cash back on every purchase, which puts it in the same league as the Chase Freedom Unlimited and the Quicksilver (also from Capital One).

Getting 1.5% back isn’t an eye-watering amount, like the 5% back with the previously mentioned cards, but it is an enhanced level of cash back which trumps the 1% back those cards get for purchases outside of the rotating categories – where the majority of purchases made are likely to occur.

How to Redeem Cash Back

Unlike other rewards programs, like Chase, Union Plus Cardholders don’t have a ton of options when it comes to redeeming their cash back rewards. Redemption options include statement credits to the card account, a check mailed to the account holder or gift cards.

The fact that a cardholder can receive a physical check is a nice perk, as many credit card issuers stipulate the rewards can only be applied to their accounts. This option, however, allows cardholders to apply their rewards to external accounts – or even spend it on themselves.

There is no cap on the total amount of cash back earnable, and rewards never expire if the account is open and active.

The Capital One Union Plus Cash Rewards also benefits from 0% introductory APR on both balance transfers and purchases. This 0% intro period extends from the date the account is opened through the first 12 months, which is a lengthy period in which to pay down expensive purchases or reduce existing credit card balances without incurring further interest.

The Capital One Quicksilver, the non-union sibling of the Cash Rewards Card, doesn’t come with an introductory period for either balance transfers or purchases, so the fact that this card features both is a pretty nice bonus for union members.

Once the 12-month introductory window closes, the Union Plus Cash Rewards Card features an APR on purchases and balance transfers that varies considerably depending on the creditworthiness of the applicant.

Those with an excellent credit score can anticipate an extremely competitive APR in the mid-teens, which more than holds its own against other similarly positioned cash back cards. While the APR is higher for those further down the credit scale, even at its highest – around the mid-20s – the Cash Rewards Card still beats the Quicksilver, which has a fixed-rate APR of nearly 27%.

The Cash Rewards Card comes with Mastercard consumer perks and protections, including zero fraud liability in the event the card is lost or stolen. Cardholders also have access to Mastercard’s identity theft resolution services, price protection for eligible purchases found cheaper elsewhere, and MasterRental Collision Damage Waiver for when rental cars booked through the card are lost, stolen or damaged.

Like other Union Plus Cards, the Cash Rewards Card also offers access to hardship grants through Union Privilege and the AFL-CIO. These awards provide financial assistance for members who face unforeseen hardships and require aid. These grants never have to be repaid, but the Union Plus Cardholder account must be in good standing to receive them. Additionally, members only have access to one grant of each variety, regardless of the number of Union Plus accounts they have.

There are four types of hardship grant in the program:

Should You Apply for the Union Plus Cash Rewards Card?

The Union Plus Cash Rewards Card from Capital One is a robust cash back credit card option for more than just its 1.5% back on all purchases. Sure, 1.5% back makes it as reliable a rewards card like the Freedom Unlimited from Chase or even the Capital One Quicksilver, but the addition of two 05 intro APR periods for the first 12 months beats both other options. The Freedom Unlimited offers 0% intro APR on purchases for 15 months, but it lacks the same intro period on balance transfers – something the Cash Rewards also provides.

The Union Plus Card also offers a lower regular APR than both these options. While the standard rate is comparable to the Chase Freedom unlimited (though slightly lower), it is head and shoulders above the Quicksilver, whose fixed-rate APR makes it a challenging option for carrying a balance.

The Cash Rewards Card manages to balance the interest-free promotional period and cash back rewards tightrope brilliantly, creating a rewards card that union members will be happy to use every day. Even better, the card has no annual fee, and members have access to hardship grants should something go wrong in their lives. Union Privilege and the AFL-CIO have created a successful partnership with Capital One, and the Union Plus Cash Rewards Card is one such example of this fruitful collaboration – and one union member should carefully consider. 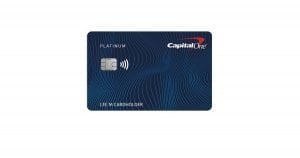 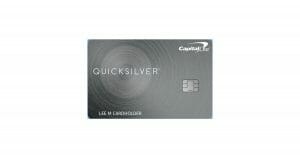 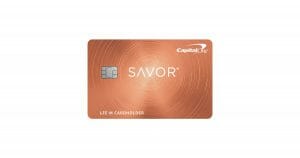 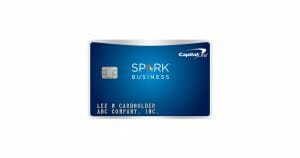 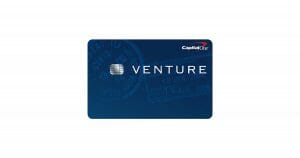