Receive up to 50% off hotels in addition to a 1% rebate CheckINN Direct Offer Expires on Dec 12, 2030 See Details

Like most other travel credit cards, the Air France KLM World Elite Mastercard® woos with a signup bonus offer: 50,000 bonus miles when you spend at least $2,000 within the first 90 days as a cardmember. Now, the card offers even more – earn a $100 statement credit along with the 50,000 mile bonus – for the same $3,000 spend.

It might seem a below-average figure compared to similar cards’ offers, which commonly hover around the 50,000+ point range. However, said other cards typically require you to spend at least 3X as much for double the reward, so the ratio leans in favor of the Air France KLM World Elite Mastercard.

Even if you do not get too trigger-happy with the card, spending a minimum of $50 each year – an easy feat – will grant you a 5,000-mile bonus on the account anniversary. As soon as approved for this card, new accounts get 60 Experience Points to boost their Flying Blue account status (which starts at the Explorer level and peaks at the Platinum level).

Every account anniversary holders get 20 Experience Points, plus an extra 40 XP when spending at least $15,000 on purchases within that year. As such, the perks associated with this card are certainly not few.

Aside from the signup bonus, the 3X miles per $1 earning rate on direct SkyTeam airline purchases is quite nice, though you should plan to spend on flights often to truly cash in (not a problem if you are already a frequent jet setter).

When not making such purchases, you’ll earn 1.5 miles per $1 on everything else, which stands out from the usual 1 mile/point alternative offered by the competition. All miles earned are stored in your Flying Blue account, Air France and KLM Royal Dutch Airlines’ loyalty program.

How to Redeem Miles

The Air France KLM World Elite Mastercard earns rewards miles through the Flying Blue loyalty program. Flying Blue is a loyalty program that comprises several airlines within the SkyTeam Alliance, as well as other names, including Alaska Airlines.

Redeeming miles through Flying Blue and SkyTeam is straightforward. The easiest way to redeem miles is by booking award flights through KLM Royal Dutch, Air France, or any other Flying Blue or SkyTeam member carrier.

Cardholders can also redeem their miles towards several other programs, including leading hotel chains like:

Flying Blue miles expire after 24 months of inactivity on the cardholder’s account.

Other notable card features with the Air France KLM World Elite Mastercard include:

For more information on the KLM/Air France Flying Blue loyalty program, check out:

Should You Apply for the Air France KLM World Elite Mastercard®?

Though this card is co-branded with Air France and KLM, you’re really partnering with almost two dozen airlines. Your accumulated miles can be redeemed toward flights with any SkyTeam group member, which includes Delta, Aeroméxico, Alitalia, Korean Air, and China Airlines. This feature makes the card significantly appealing to customers whose loyalty goes beyond just one or two carriers.

With it being such an international travel-friendly card, the Air France KLM World Elite Mastercard® naturally avoids foreign transaction fees, though it does carry a relatively average $89 annual price. You will also get a suite of security and convenience tools from Bank of America, including $0 fraud liability, digital wallet functionality, and free access to your FICO® Score (updated monthly). 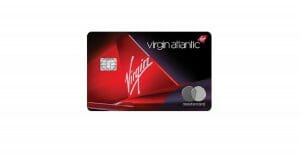 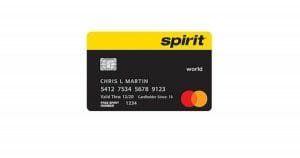 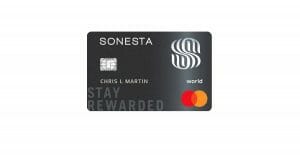 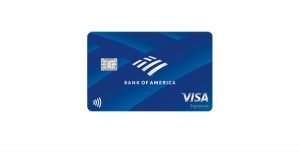