Earn up to 25X points on when you stay at an IHG property; 2X points on gas, groceries and restaurants; plus, automatic Platinum Elite status within the IHG Rewards loyalty program. Sign up for the IHG® Rewards Club Premier Credit Card today and receive 150,000 bonus points when you spend $3,000 within the first 3 months of opening an account.

One of two IHG credit cards issued by Chase, the IHG® Rewards Club Premier Credit Card is – as the name implies – the premier version of this hotel credit card. This IHG credit card does carry an annual fee ($89) but Chase waives that fee for the first year – and the card has a multiple perks and strong earning potential that easily make the card worth its upfront cost. If you’re a current IHG Rewards Club Member who wants to get a free night’s stay handed to them at least once a year then this card will surely fit the bill.

Aside from the strong reward rate for hotel stay, the majority of the benefits offered to cardholders are grounded within the IHG Rewards Club membership tiers. Fortunately, the card provides an automatic upgraded membership status which entitles cardholders to several stay-enhancing benefits such as room upgrades, late checkout, and hotel bar/mini bar credits.

Whether or not you frequently book IHG hotels, the Premier IHG Rewards card offers a statement credit for Global Entry or TSA Precheck application. Paired with no foreign transaction fees, this card makes for a handy card to use when traveling abroad.

New cardholders will be able to earn a sizeable one-time bonus by spending $3,000 within the first 3 months of opening an account. Doing so will yield 150,000 bonus points which have an approximate value of $750 (this promotion is not available to those who received a bonus for this card within the last 24 months).

While the value of the initial signup bonus is enough to cover the cost of the annual fee for several years, cardholders who want to keep earning large amounts of points in bulk have an annual bonus point opportunity. Those who spend at least $20,000 within their account anniversary year will be awarded an extra 10,000 bonus points ($70 value).

Points can be earned by the cardholder and authorized users within the following bonus categories:

Offering rewards for popular categories mean the this card could effectively provide bonus points for a significant number of everyday purchases, however, the below-average point value ($0.007) would leave most better off using a more directly rewarding credit card for gas, grocery, and dining purchases where a rewards point is at least 1-cent.

One of the most compelling features of the IHG Premier card is that cardholders can skip to the second highest tier of the IHG Rewards Club. Cardholders are granted automatic Platinum Elite status simply for being a cardholder (for a non-cardholder to achieve this same status it would require 40 Qualified Nights or 40,000 Elite Qualifying Points).

The most noteworthy perks that are exclusive to Platinum Elite members include:

Aside from accruing points through spending, the IHG® Rewards Club Premier Card offers two opportunities for earning complimentary hotel stay. The first is delightfully effortless, requiring no minimum spend or any other qualifying activities from the cardholder, while the second is available year-round but requires redeeming a minimum of 4 Reward Nights.

Anniversary Free Night – All cardholders will receive an anniversary bonus of one free night that can be used at any eligible IHG property with rooms that cost 40,000 points or less. Anniversary nights are only valid for 12 months from the issue date – meaning you’ll need to use your free night before a new one is issued.

Fourth Reward Night Free – Perfect for those planning an extended vacation, this IHG perk helps your points go further. Cardholders will get every 4th night free when using points to make a reservation (referred to as Reward Night) for four or more consecutive nights stay. Members are only charged the point redemption rate of the first 3 days’ bookings. This perk can be used an unlimited amount of times throughout the lifetime of the card.

Save 20% on Points Purchases

If you’re just shy of the points you’d need in order to book a hotel room, purchasing points becomes a much more lucrative means when you’re an IHG credit card holder. Enjoy a 20% discount when purchasing points through Points.com (cannot be combined with any other offer).

The best value of IHG points is when they are redeemed for reward nights – convenient since it’s likely the reason most cardholders sought out the card in the first place. Reward Nights can be booked for as little 10,000 points – but will vary depending on the hotel brand, city, and time of year. There are no blackout dates and all worldwide locations apply, allowing for maximum freedom. What’s more, when you redeem points for four or more reward nights, the fourth night is free.

The average value per point varies between $0.003 and $0.005 – less than 1¢ each. Redeeming points at less coveted destinations tends to result in a higher individual point value and will stretch point balances further.

If you don’t have enough points to use for the entire reservation, IHG allows for the partial use of points through their Points & Cash program which only requires 5,000 points. Or, if you have plenty of points to your name but want to stretch them further, IHG Rewards Club PointBreaks feature special redemption deals at 5,000, 10,000, and 15,000-point levels.

Other Way to Redeem IHG Points

In addition to reward stays, the IHG® Rewards Club allows you to redeem points for:

However, these redemption options have dismal individual point values (average about $0.002 each) so most cardholders will be better off sticking to hotel redemption. IHG Rewards members can also transfer points to select partners, including leading airlines.

For more information on the IHG Rewards loyalty program, check out:50

Should You Apply for the IHG® Rewards Club Premier Credit Card?

This card brings a pretty compelling offer to the table – a generous signup bonus and the promise of a free night every year, regardless of how much (or little) you spend on this card. Earning potential is predictably skewed towards hotel stay and will yield as much value to the frequent flier as it will to the once-a-year vacationer. Unfortunately, the card falls flat when it comes to providing rewards for everyday spending – making it an unattractive choice for using as your primary credit card. Despite the 2X rewards for gas, groceries, and dining, the low point value makes this an unattractive card to use for anything besides IHG-related purchases. The opportunity to earn 10,000 points every year sounds promising, but such a high spend could yield far more with a cash back card. As long as hotel rewards are what you’re after, the IHG card will not disappoint.

The best feature of the IHG® Rewards Club Premier credit card is easily the automatic membership upgrade to Platinum Elite level. Unlike the no annual fee version of the card, the IHG Rewards Traveler, cardholders don’t have to meet a minimum threshold to unlock premium rewards (or treatment) – meaning they’ll be able to enjoy all the benefits of being an IHG cardholder from day one.

While not directly creditable to the IHG credit card itself, hotel bookings become that much more valuable since IHG points don’t expire for Elite status members. Overall, the IHG® Rewards Club Premier Credit Card a powerful vehicle for earning complimentary hotel stay and regardless of how frequently you travel or your spending habits, at the end of the day, you’re getting a guaranteed free night’s stay for every year for only $89. 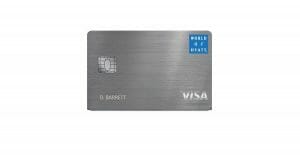 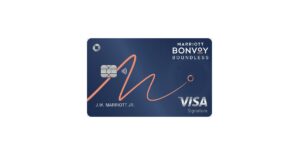 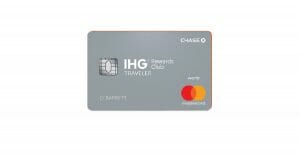