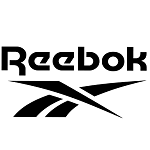 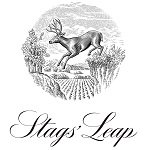 The CB&T AmaZing Rewards Visa initially appears to be a hearty rewards card, as it earns 3X points on all purchases. Unfortunately, this impressive point tally only lasts for the first 90 days. Once the initial three-month period expires, the card earns just a single point for every dollar spent on purchases. Fortunately, there is no cap on the total number of points a cardholder can accumulate, but still, the rewards points are rather paltry, especially when compared to cards like the Discover It Miles, Citi Rewards+® Card, and even the Capital One VentureOne Rewards Card – which earns 1.25X points per dollar spent.

CB&T tries to make amends for this lackluster point-earning with their annual rewards bonus. This annual bonus offers cardholders up to 25% more points based on how many rewards they’ve earned through the last calendar year. This point ranges from 25% at the maximum to 0% at the minimum, and breaks down into six tiers.

As with the AmaZing Cash Visa, the amount of rewards a cardholder can receive through the bonus is heavily skewed towards the tiers one through three. Spending over $40,000 isn’t possible for all but the wealthiest of individuals, so rewards will probably fall in the 5% to 10% range. While this is isn’t a and bonus by any stretch of the imagination, it is misleading to think that most applicants can expect an extra 25% points boost.

How to Redeem AmaZing Points

AmaZing Rewards is the rewards program of CB&T, as well as all the other banks under the Zions Bancorp umbrella. Points don’t have an official cash price but can are valued at one cent per point. This valuation is based on the value of points for statement credits – one of the redemption options. The precise value of points, however, varies depending on the cash equivalent of a particular reward (such as travel) when redeeming points. With the AmaZing Rewards Program, 2,500 is the minimum amount of points required to start cashing in for rewards.

All CB&T Visa Cardholders also have access to CB&T AmaZing Reward Program, which allows them to earn additional cash back rewards at participating California restaurants and merchants. The AmaZing Deals app isn’t going to make up for the lackluster points on offer with the Rewards Card, but it is something to boost the potential of the card – and since the it only earns a single point per dollar spent on purchases, it needs all the help it can get.

Like other California Bank & Trust cards, the AmaZing Rewards Visa Card offers 0% introductory APR on purchases and balance transfers for the first six months, making it a decent option for those who have a small credit card balance they want to pay down. Of course, there are plenty of other rewards cards that offer points and 0% intro APR, including the BBVA ClearPoints, which offers up to 3X points and 0% introductory APR on purchases for 15 months – nine more than CB&T offers.

Should You Apply for the California Bank & Trust AmaZing Rewards Visa® Card?

Overall, the California Bank & Trust AmaZing Rewards Visa® Card is a rewards credit card that struggles under the massive weight of its cash back competition. One point per dollar spent isn’t enough to challenge rivals, even with the additions of the annual points bonus and access to CB&T AmaZing Deals. The card makes some sense for those who prefer to bank with CB&T or those who want a card that offers basic points and enhanced savings within the state of California, but for those who travel and those who prefer points to brand loyalty, there may be better options elsewhere. 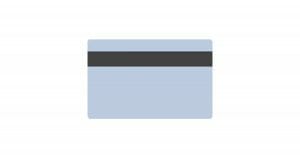