The Zions Bank AmaZing Rewards Card is a no annual fee rewards credit card attempts to walk the fine line between a great interest rate and rewards points.

Double Points for the First 90 Days

The Zions AmaZing Rewards Card begins its life by earning a respectable 2X points on all purchases for the first 90 days. After 90 days, the card gains an unlimited amount of points at the rate of a single point per dollar spent.

Although the points earning potential of the Zions Rewards Card isn’t spectacular, the bank does offer cardholders the opportunity to receive up to 25% more points through their annual bonus. This program is also available to AmaZing Cash Cardholders and provides a nice boost to increase the potential of the card in general.

Annual points bonuses correlate to how many points a cardholder earns during the year, and not the total amount spent on purchases. The amount earned back is broken into tiers, with those spending over $7,500 getting between 5% and 25% more points.

The $40,000, 25% more points tier, is probably beyond the reach of most who will apply for an receive the card, which is frustrating, considering that the card only earns a single point per dollar spent. While many will earn the 375+ point bonus that comes in tier 2, the 5% points bonus doesn’t help raise the value of the card enough to compete with other rewards cards from larger issuers.

The AmaZing Rewards Program is the catch-all rewards program for all the banks under the Zions Bancorp umbrella. AmaZing points are worth $0.01 per point, according to Zions, as this is the rate at which points can be redeemed for statement credits or deposits to existing Zions savings or checking accounts.

Like other reward programs, the AmaZing Rewards Program allows for a multitude of redemption options through the Zions Bank website. The reward options are the same as you’d expect from such a program, with options including travel, merchandise, gift cards, and more. To redeem points, a cardholder must amass at least 2,500 points, which can be sued for either full payment for an award, or as partial payment, with the rest paid in cash.

All Zions Visa Cardholders have access to Zions AmaZing Deals, which allows them to present their phones at over 1,500 retailers in Wyoming, Utah, or Idaho. The app works like a coupon device, allowing cardholders to earn up to 50% cash back on purchases.

While cash back isn’t the same as reward points, it is one of the many ways in which AmaZing Rewards can be redeemed and offers some additional value for the card. And, since the card only earns 1X points on purchases, it needs every boost it can muster.

Should You Apply for the Zions Bank AmaZing Rewards Card?

Overall, the AmaZing Rewards Card is a reward credit card that serves Utah, Wyoming, and Idaho residents satisfactory but struggles when compared to other products. Double points for 90 days isn’t great, but even that lackluster earning potential is temporary, giving way to a single point per dollar spent.

The AmaZing Deals coupon app tries to fill this gap, but it only works with 1,500 retailers in three states, meaning it doesn’t provide that much-needed value to those who venture further afield. This let down is made worse by the 3% foreign transaction fee, making the card not the best option for using abroad, either.

Ultimately, it is a decent rewards credit card with a solid introductory APR on balance transfers and purchases and no annual fee, but struggles against the competition, like the Capital One Venture, Wells Fargo Propel, Bank of America Travel Rewards, or any other similar cards. 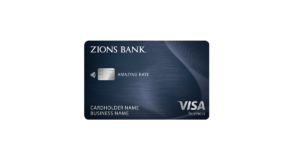 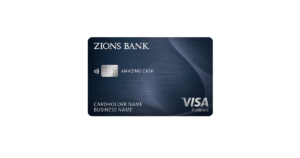 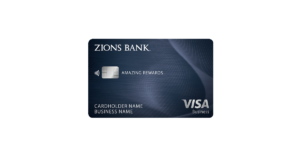 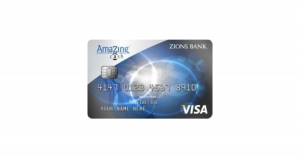 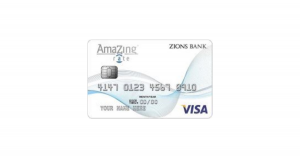