The People’s United Bank Premier Rewards American Express Card offers big points on select categories, plus an enticing introductory offer of 10,000 points. The card earns 4X points on dining, 3X on airfare, 2X on gas, and 1X on everything else. New accounts also earn 10,000 bonus points after spending $1,000 in the first 90 days. The annual fee is waived for the first year, with the fee set at $99 every year after that.

How to Earn Points

The Premier Rewards Card, like other premium rewards credit cards, earns an impressive amount of points for every purchase in select categories. Purchases that fall under the” restaurants” Merchants Category Code (MCC) earn four points per dollar spent (4X). Airline purchases earn triple points (3X), “gas station” purchases, such as at the pump or inside the store, earn double points (2X), and every other purchase with the card earns a single point (1X). The additional points are credited to the cardholder’s account at the end of the billing cycle, with purchases earning just a single point per dollar until this tally is made at the end of the cycle. There are no restrictions on the total number of points a cardmember can earn.

As with other premium rewards cards, the People’s AMEX Rewards Card also comes with a decent introductory offer when meeting a minimum spend. Making $1,000 in purchases within the first three months earns 10,000 bonus points.

What Are Points Worth?

Points with the People’s Premier Rewards Card have an estimated value of approximately ten cents per point ($0.01/pt.), which is the rate at which points can be redeemed for statement credits or cash back. This valuation stems from People’s assertion that the introductory offer is worth $100 in cash back, which is a solid 10% return on investment for just $333 in purchases each month for the first three months. As points can be purchases at three cents per point, however, the valuation fluctuates based on how the points are acquired and what redemptions they are used for.

Redeeming points with People’s United Bank is a straightforward process. All a cardholder needs to do is logon to the People’s Rewards Portal and browse through reward options, or call cardmember services at 1-888-229-8864. Like other rewards programs, the Elan Rewards Program offers the usual redemption options, including travel (airfare, hotels, and more), merchandise, cash back or statement credits, and gift cards. Given that the maximum redemption value comes from cash back, this is likely the preferred method of redemption. Points are valid for five years from the date they are earned, which while not ideal (nobody wants their hard-earned points to expire), is a reasonably long period, meaning cardholders can amass a hefty haul of points and get the big reward they’re seeking.

Other features of the Premier Rewards American Express Card include the usual Zero Fraud Liability and 24/7 fraud monitoring services you’d expect from a premium credit card, as well as seamless integration with mobile payment platforms, such as Apple Pay and Samsung Pay. While none of these features are game-changes and can be found in most quality cards nowadays, they are still nonetheless nice features that will be appreciated every day. Equally appreciable is the no foreign transaction fee, which allows cardholders to not stress about additional fees should they need to use their card outside the U.S. American Express cards are notorious for not be accepted at many merchants worldwide, which is a serious hindrance to this card, but should you plan to use it only in the United States there won’t be too many issues.

Should You Apply for the People’s United Premier Rewards AMEX Card?

So, is the AMEX Rewards Card from people’s United Bank worth the $99 annual fee after the first year? Overall, the card is a reliable option to consider, given the 4X points it earns on dining, 3X on airfare, and 2X on gas and the good introductory bonus offer. Other rewards cards, such as the Wells Fargo Propel, however, offer 3X points on similar categories but without the annual fee. The TD Bank First Class Visa Signature charges the same annual fee as the People’s AMEX, with the same no foreign transaction fees, plus a bigger intro bonus and the global power of the Visa network. For those who already bank with People’s United Bank and want a reliable rewards card that can earn some serious cash back they can apply to their existing savings or checking accounts, however, the card makes a world of sense. And it is these individuals to whom the card is aimed, making it a very tempting offer to consider. 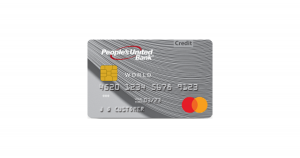