The Norwegian Reward Card is a co-branded airline rewards card from European low-cost carrier, Norwegian Airlines, and Synchrony Bank. The card, which works in unison with Norwegian’s Reward program, earns an additional 2% CashPoints on purchases made through Norwegian’s shopping and travel portal, 2% back on restaurant and grocery store purchases, and 1% back on all other purchases. A new account also receives $50 in CashPoints when customers use their card to make $500 in purchases within the first 90 days of opening an account.

The Norwegian Reward Card is a compelling credit card choice for the budget-savvy traveler who likes to visit Europe. This airline rewards card is a co-branded product between Synchrony Bank, the issuer of many of the leading retail cards on the market, and Norwegian Airlines, the third-largest low-cost carrier in Europe (behind both EasyJet and Ryan Air).

The card works in conjunction with the Norwegian Reward program, allowing cardholders to earn additional rewards on top of their membership perks. Cardholders earn an extra 2% CashPoints on Norwegian purchases, which include flights, hotels, rental cars, and tours booked through Norwegian’s dedicated travel portal. This 2% is added on top of what members already earn, including:

The card also allows cardholders to earn 2% CashPoints on purchases made at both grocery stores and restaurants – although there are some exceptions – and 1% back on every other purchase made with the card. Regarding grocery stores, box stores, such as Target, Walmart, Costco, and others, are not considered grocery stores, meaning that cardholders can only earn 1% back at these types of stores.

Beyond the point earning potential of the Reward Card, the card offers only a couple other traveler-centric perks. Cardholders are entitled to priority boarding on Norwegian flights, and have access to Mastercard’s Airport Concierge service, providing 15% savings on Meet & Greet assistance to expedite you through over 700 airports worldwide.

How to Redeem CashPoints

CashPoints are as easy to redeem as they are to acquire, with redemptions for flights and associated costs the only options available. Points apply towards Norwegian flights and can be used as either full payment for the flight, or as part of the cost, with the remainder payable through a card, cash, or another form of payment. Points also apply towards seat reservations, extra baggage allowances, or for fees and insurance associated with trip cancellation or rebooking.

If anything lets down the Norwegian Reward Card, it is the sign-up bonus. New accounts receive $50 CashPoints when they sue their card to make $500 in purchases within the first 90 days. CashPoints, being Norwegian, are valued against the country’s Krone, with a value of one CashPoint to one Krone. The Krone is worth about .1 USD, meaning $50 of CashPoints is worth about $5 – or a 1% bonus.

Should You Apply for the Norwegian Reward Card?

The lackluster sign-up bonus is likely to deter some individuals from applying for the card, but it shouldn’t. The card is designed for those who like to visit Europe, but don’t want to break the bank doing so – as such, the ability to quickly amass CashPoints is probably going to trump the meager bonuses.

Norwegian Airlines services over 140 destinations across the globe, including many destinations in the U.S.: Austin, Baltimore, Boston, Chicago, Denver, Ft. Lauderdale, Hartford, Las Vegas, Los Angeles, Miami, New York (JFK), Newark, Oakland, Orlando, Providence, San Francisco, Seattle, and Tampa. With such a varied selection of major airports scattered across the continental United States, there is an airport near most Americans that are serviced by Norwegian.

Overall, the Norwegian Reward Card is light on perks, even lighter on sign-up and anniversary bonuses, but packing quality point-earning potential on every purchase. With the combination of no annual fee and no foreign transaction fees, this is an airline card that can earn you points at the supermarket, and when sipping on champagne on the continent. 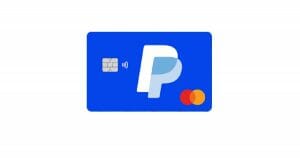 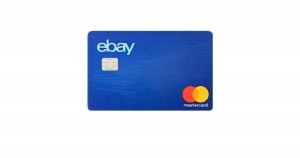