PLEASE NOTE: THIS OFFER IS NO LONGER AVAILABLE

The BankUnited Premier Rewards American Express® Card is an exceptional rewards card from American Express and BankUnited. The card earns 4x points for restaurant purchases, 3x points on airfare, 2x points at gas stations, and a single point for all other eligible purchases. New card members also benefit from 10,000 bonus points when they make just $1,000 in purchases within the first three months of opening an account. AMEX points have a value of about once cent each. The card also has no foreign transaction fees, and the $99 annual fee is waived for the first year.

The BankUnited Premier Rewards American Express® Card is an extremely versatile rewards credit card from BankUnited. The card offers members an exceptional points-earning rate of quadruple points on restaurant purchases. Quadruple points equate to a whopping 4 points for every dollar sent dining out. The earning potential with the BankUnited Premier Rewards American Express® doesn’t stop with dining, however. The card also earns triple points (3 points per dollar spent) on net airline purchases; double points on net gas station purchases; and a single point for every other eligible net purchase made using the card.

There is no cap on the number of points cardholders can earn, with reward points earned through the American Express Premier Rewards program are applicable towards name-brand merchandise, gift cards, impressive travel rewards, or cashback. New Premier Rewards American Express® Cardholders also benefit from a bonus offer of 10,000 points when they use their card to make just $1,000 in purchases within the first 3 months of opening an account. This is a relatively low threshold for an impressive haul of points, as cardholders will only need to spend around $333 per month. AMEX points have a value of about $.01, meaning this card packs some serious rewards power.

While the APR for purchases and balance transfers aren’t anything to get excited about, BankUnited Premier Rewards American Express® Card applicants with excellent credit scores can expect a typical APR of around 16%, though the exact rate varies depending on creditworthiness and the Prime Rate. Fortunately, the card’s annual fee of $99 is waived for the first year, and there are no foreign transaction fees.

Should You Apply for the BankUnited Premier Rewards American Express® Card?

Overall, the BankUnited Premier Rewards American Express® Card is an excellent reward credit card. The card may have a so-so APR, but given the sheer amount of ways to earn points (in roughly the same way as the AMEX Gold Card), for only $99 a year (waived for the first year), it is a little bit of an underrated gem. 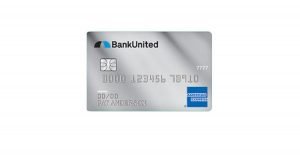 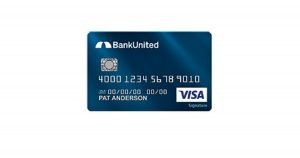